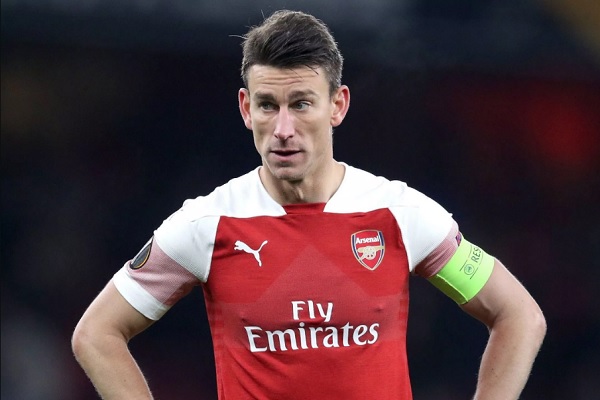 Strike it is. Days after Neymar missed a training during his crusade against the golden cage of PSG, Arsenal’s long-serving captain, Laurent Koscielny has decided to bail out from Emirates. The Frenchman did not travel with the team to United States and was instructed to train with the U-23 squad instead. Traitor? Realist? Hero? In this case, hairs are well and truly split…

Nine years and a week ago, life used to be slightly different. Arsenal’s leader Cesc Fàbregas used to swim in the puddles of champagne after Spain has just lifted the World Cup in South Africa. Gunners were also proud to announce the signing of Marouane Chamakh after the Moroccan forward had a successful Champions League season with Bordeaux and then ran his contract down at the previous club. Elsewhere, Monaco have just loaned out a young forward who had no chance of threatening Zlatan Ibrahimović’s spot at AC Milan. Little the Frenchmen knew that their new player, Pierre-Emerick Aubameyang, will only score two goals early in the season and Guy Lacombe’s side will soon sink down to the Ligue 2…

While all this was happening, Arsène Wenger was hastily bolstering the defence. After losing William Gallas and Mikaël Silvestre on free transfers, he has quickly moved for his two other compatriots. 29-years old Sébastien Squillaci looked like a bargain deal at the time, costing only around £6 million despite coming to the club after a strong season at Sevilla, where he’s won Copa del Rey and finished fourth in La Liga. The center-back, known also for a brilliant Champions League run with Monaco few years earlier looked like a safe bet to secure a spot next to Thomas Vermaelen in Gunners’ side. Or, at the very least – safer than the other guy, a £11 million anonymous signing from mid-table Ligue 1 club, Lorient. 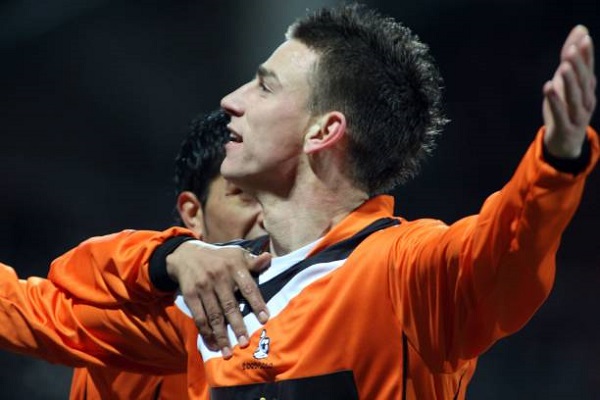 That year, things worked out the mysterious way. In September, Vermaelen would pick up a minor Achilles tendon inury on an international duty with Belgium. Then, his problem would soon transform into a nightmare: despite good amount of rest and therapy, the tendonitis would only get worse and worse, eventually depriving him of a full year of footballing before being resolved through a surgery. At the same time, Squillaci was quickly securing himself a place as one of the worst AFC signings in history. Expected to become a backbone of the club’s lineup, he delivered multiple horrendous performances and has been eventually replaced by Per Mertesacker just a year into his 3-season contract.

Meanwhile, Koscielny’s career has blossomed. Two months into his new career path, he was already a regular starter. Seven months into it, he was successfully stopping Messi in a highly promising 2-1 Champions League win over Barcelona (which ended in a second-leg disaster). Two years into it, he’d already rank among top five most important players at the club in a Player of the Season poll conducted amongst the fans. Then, there was the 2014 contract extention with a pay bump, few pieces of cup silverware, praise from the boss, good vibes from the journalists and more. In February 2015, the Frenchman wore the captain’s armband for the first time, completing a very long journey to the top.

Now, after owing everything to the Gunners, he wants to leave. And not only that: he’s throwing sand into the club’s gears by expressing his wish to depart only hours before AFC’s pre-season kick-off. The club captain. The man with 255 Premier League appearances in the red and white shirt. A whole, living era of PL history suddenly turned into a traitor.

If there was one player qualified enough to tell Arsenal’s story of the dawning decade, Koscielny would be that player. He was there when van Persie and Fàbregas jumped ship. He was there when the promise of Mesut Özil and Alexis Sánchez signing for the club happened and then let everyone down. He has seen triumphant FA Cup runs merciless beatings from the hands of Bayern Munich. Between 2013 and 2017, there was a long period during which Gunners’ performance would immediately drop as soon as he would go off the pitch. This issue has eventually culminated in the past two seasons, when the team ended up shipping 50+ league goals for the first time since the 1983/84 campaign.

During that time, Laurent has seen what everyone else was seeing. After a brief revival of enthusiasm in 2015 and 2016, his club has plunged deeper and deeper into a creeping crisis, soon underlined by dropping out of the top four and missing out on Champions League football. After delivering one season of utter brilliance for each of them, Sánchez and Özil have slowly lost interest in repeatedly rescuing the club and eventually set their sights elsewhere: the Chilean moved to United while the German has just recently reached a dead end of his career. The other standout midfield deputy, Aaron Ramsey, also moved on. Couldn’t there be more signs that the club is drifting in the wrong direction? 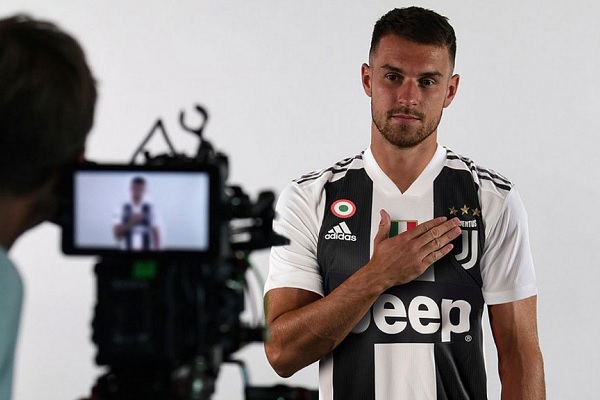 Actually – there could be. Koscielny was experiencing those first-handed. He would start his career in London with Gaël Clichy and Bacary Sagna securing his flanks and prime Alex Song safeguarding him in defensive midfield. Should his little boycott succeed, he’d finish his Arsenal stay with ageing Nacho Monreal, newcomer Ainsley Maitland-Niles and ambitious yet erratic Lucas Torreira doing those respective jobs. The center-backs he’s been paired with recently also hardly inspire confidence – even despite the fact that they all have only Per Mertesacker to beat in a direct comparison. At 33 and well past his peak, can a veteran defender hope for anything good to come out of such change?

At the moment, the situation at the Emirates remains as fragile as ever. The deal for Kieran Tierney stalls. After weeks on AFC’s radar, William Saliba is being tempted by Tottenham. The plans of bringing Yannick Carrasco have gone out the window and the pursuit of Wilfried Zaha has ended the moment Crystal Palace named their price for the winger. With slim transfer budget, mean owner, problematic squad depth and increasing pressure from United, Wolves, Everton and Leicester, staying in North London could mean not just another finish behind Spurs – but also the first finish outside of the top 6. And that’s not a legacy an accomplished, long-term servant would like to leave in the last year of his contract.

Another side of this story took place a year ago, in Madrid. Nine minutes into the return leg of the Europa League semifinal against Atlético, Laurent Koscielny went down. Unchallenged. With no ball at his feet. His Achilles tendon just snapped. Carried off the pitch in terrible pain, he’d book his summer tickets to France instead of Russia. While Giroud was coasting to the World Cup title one win at a time, his colleague was in Saint-Raphaël, rehabilitating the surgically fixed tendon one small step at a time. After colossal amount of work put into the recovery process, Koscielny has reported for training duty in October 2018 – five months after succumbing to the setback and two months ahead of the physios’ schedule.

The heroics didn’t stop at that. After few first unsuccessful December matches (2-3 in Southampton; 1-1 in Brighton), the skipper helped his side to a convincing 4-1 victory over Fulham. Then, he enjoyed one of the most memorable games in his AFC career, scoring a weird goal with a shoulder against Chelsea and retaining a clean sheet in a 2-0 derby victory. Soon enough, Koscielny’s head also proved useful away at Etihad, where he sealed the equalizer only undone by two late strikes from Sergio Agüero. With their number six on the pitch, Arsenal picked up four clean sheets in the final 12 league matches – exactly as many as in the previous 26 Premier League games combined. 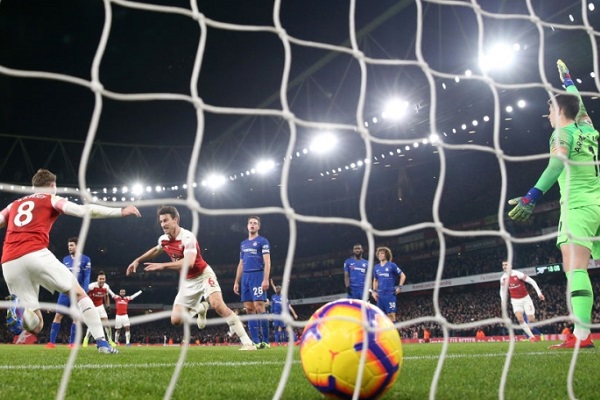 A very satisfying reward for months of mundane work… But maybe not satisfying enough?

Today, just when the dust has settled, the comeback hero is in an argument with his club. For one, he’s seemingly unsatisfied with the terms of new contract that’s been offered to him as soon as in January. Reportedly, the new deal involves a pay cut that has become the source of a dispute. Another pressing issue seems to be the implied mismanagement of the players’ time on the pitch during the months following his injury. And then, there’s disappointment with the price tag Arsenal have put on their wantaway captain. Expecting £10 million for a 33-years old player is an aberration; an aberration which will surely cool down the interest from all French clubs who’d want to seal the defenders’ services.

Given what’s happened in Koscielny’s life in the past 12 months, he does have a point in this brawl. One more year spent in England would’ve likely been one more unpleasant chapter in his already complicated, post-injury life. He’s already done a lot – if not to take the club to another level, then, at the very least, to cushion it’s decline. Besides: Arsenal are after a new center-back anyway. Perhaps, instead of provoking the man to drag his own name through the mud, this sell-a-player business could’ve been sealed long ago – in a civil manner?

Sure. But it’s Arsenal, after all. Player sales is not this club’s strength.