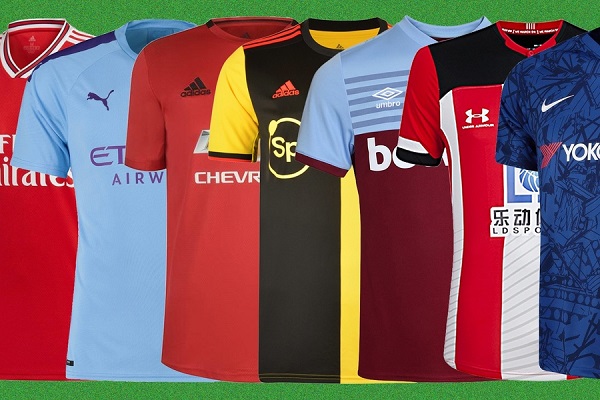 It all starts tomorrow. On Friday, Liverpool will take on Norwich to kick off the 27th edition of the Premier League. Collecting my thoughts from a busy transfer window and a tumultuous string of summer friendlies, here’s a short sprint through all 20 contenders hours before their players set a foot on the English pitches:

Within few weeks, Arsenal have gone from shopping for rice waffles in Tesco to buying diamonds in Harrods. Josh Kroenke has uttered the “be excited” cry and all the heavens broke loose, landing new record signing Nicolas Pépé and an extraordinary passer Dani Ceballos at Emirates. While these words are going off the keyboard, David Luiz and Kieran Tierney are inches from getting hired. Assuming Bernd Leno can bail Gunners’ defensive calamities more often, this new team has to finally move up in the seasonal table.

Aston Villa have basically liquidated their Championship squad and started over. After the promotion, Dean Smith will be working with 12 new players, seven of whom might get a start at White Hart Lane this weekend. The goal is to stay up safely and not become the most-spending (£133 million) Premier League club to be relegated. Although Fulham’s example isn’t encouraging, Villa have what it takes to edge out a narrow survival.

Not much has changed at Bournemouth. Eddie Howe looked to the future and signed five players – who are all yet to celebrate 24th birthday. The team ended the pre-season with a strong, 3-0 victory over Lyon and, given their relatively comfortable start, will be likely to produce a good start. Yet another Liverpool signing, loanee Harry Wilson, is supposed to feature out wide after David Brooks has suffered a serious ankle injury.

At the same time, Brighton have changed a lot. New boss Graham Potter has set up the team in a brand new 3-4-3 formation, with Martin Montoya and Solly March featuring as the roles of wide midfielders and new Belgian signing, Leandro Trossard, providing width down the left flank. Victorious against Birmingham and Valencia, Seagulls have had a very promising preseason – meaning that their PL adventure will likely go into the next decade.

As usual, Burnley are keeping it all quiet. Sean Dyche has brought back the club’s youth graduate, Jay Rodriguez and a supporting left-back, Erik Pieters. The team had more summer fun than usual, demolishing Nice 6-1 in a home rout that saw Chris Wood bagging his first hat-trick for the club. Clarets’ main objective will be improving on a rather embarrassing record of 68 goals conceded during the previous campaign. 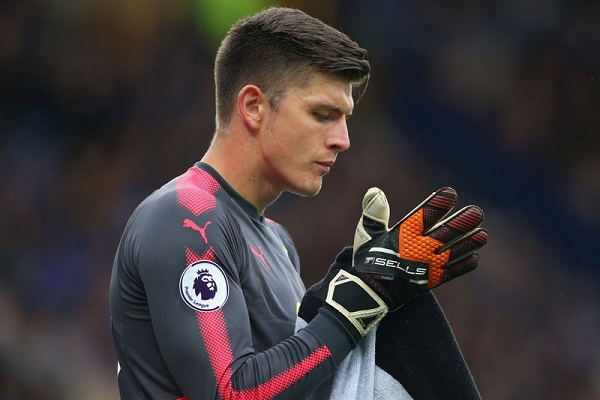 Out of all top-six contenders, Chelsea have transformed the most. Without Maurizio Sarri smoking behind the touchline and Eden Hazard smoking opponents near the touchline, Blues are living the new chapter of their history. Frank Lampard has brought genuinely swashbuckling football to his beloved Stamford Bridge, making the lads score 18 goals and concede 11 in just seven preseason matches. Given the big transition in a dressing room, Europa League holders will aim to retain their fragile place in the top 4.

Crystal Palace are in a precarious position at the moment. The team has lost Aaron Wan-Bissaka to Man Utd, saw a gigantic Wilfried Zaha’s transfer saga spreading gloom all across their dressing room and then lost five out of eight of their summer friendlies – including embarrassments against non-league sides Barnet and Bromley. Reinforced only by rather old Gary Cahill, rather ineffective Jordan Ayew and rather crude James McCarthy, Eagles could be in a serious danger of dropping into the abyss.

Marco Silva continues his Everton adventure – this time, by parting ways with Toffees’ faithful servants: McCarthy, Phil Jagielka and Idrissa Gueye. Replacing those with Fabian Delph, Moise Kean and Djibril Sidibé seems like an upgrade but so far, the results have hardly been encouraging – only one win in eight summer matches. Despite by far the most comfortable schedule in the league, EFC are poised to retain the eighth place. At best.

Just when Leicester had one of the best transfer windows imaginable, life at King Power Stadium has become even more juicy. With outrageous £80 million pocketed for Harry Maguire, Foxes have effectively seen Youri Tielemans and Ayoze Perez expenses fully covered – and still had few more hours to sign a defender good enough to fill the square void after The Slabhead. Unbeaten in the preseason, Brendan Rodgers and his lads are hoping better the 9th place finish – and they just might be able to pull it off.

After two years of relentless squad improvements, Liverpool sat on their hands, plain and simple. Two teenagers and a back-up goalkeeper were Jürgen Klopp’s only purchases and with those, the burden of challenging for the title will again fall on the shoulders of men who’ve won the Champions League just two months ago. Few friendly hiccups and an unlucky defeat in a Community Shield match suggest that Reds might struggle a lot more than the last season. Unless, of course, that’s just a smokescreen for the UCL champs… 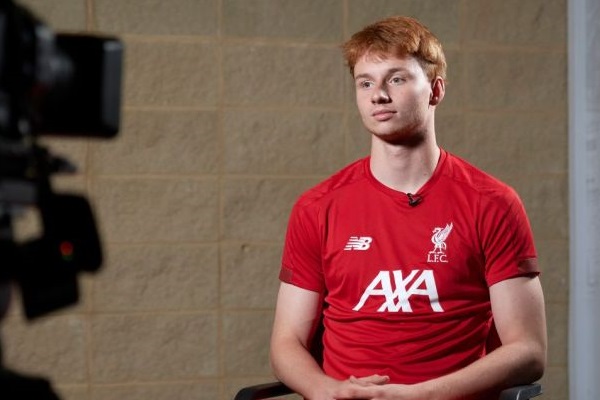 Despite losing out on Asia Trophy to Wolves, Manchester City remain an ironclad favorites to clinch the title. On the top of his £1 billion squad, Pep Guardiola has added a defensive midfielder in Rodri (£63m) and a right-back in João Cancelo (£58m). The summer saw him trying Raheem Sterling in a false-nine role and making Kevin De Bruyne regain a lot of his usual zest for football. Once injured Aymeric Laporte regains fitness, Citizens’ manpower alone should duly lead them to yet another PL trophy.

As it often happens these days, extremely different mood prevails in the red side of the Mancunia. Manchester United have paid a whooping £130 million for the services of Aaron Wan-Bissaka and Harry Maguire. However – in the eyes of the fans, that wasn’t enough to justify the failures expression in the pursuits of Bruno Fernandes, Paulo Dybala and their most recent dream signing, Iñaki Williams. This year, Devils will certainly reduce an abysmal tally of 54 goals conceded. Can they break into the top four, though? The chances are slim.

Players linked with Man Utd this summer, but haven't joined (a thread):

A disappointment of very different kind bothers Newcastle supporters. Left without Rafa Benítez and club’s two best 2018/19 goalscorers, Magpies are playing with fire once again – all despite being relegated twice in their recent history. Joelinton, Saint-Maximin, Krafth, Willems – those are all names with okay reputation, but unproven in England and on the Premier League level at the same time. Mike Ashley’s ship could be sinking again…

Geordies are likely to battle it all out against Norwich. Due to the budget constrains, manager Daniel Farke has only added a good goalie in Ralf Fährmann, a back-up striker in Josep Drmic and a reserve right-back in Sam Byram. His players did well on a Germany trip, drawing Bielefeld and beating Schalke – but later, Serie A’s third best team, Atalanta, has schooled them thoroughly in a 1-4 defeat. Just like in Championship, the fate of Canaries depends on Emiliano Buendia’s technique and Teemu Pukki’s finishing.

Meanwhile, Sheffield United remain the darkest of horses. Chris Wilder’s side got promoted, beating some serious odds; now, they’re at 4/6 to be relegated. The team uses a rather unique 3-4-1-2 tactic, in which two of the center-backs are expected to join the attacks interchangeably. Blades took out Real Betis in the summer, beating the Spaniards 1-0 but their quest for safety, especially in light of scary early fixtures, seems doomed. 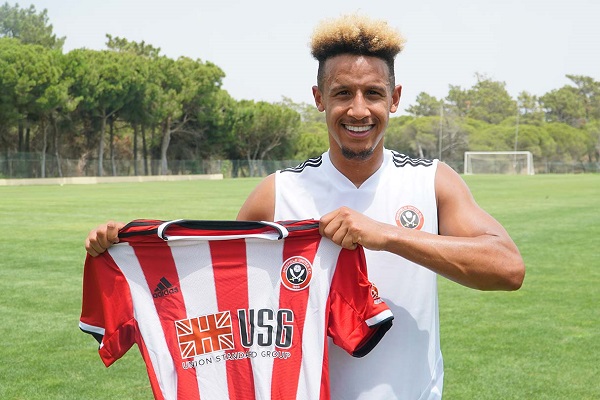 One club poised to leave the struggles behind is Southampton. Ralph Hasenhüttl has led Saints to four summer wins in five games, though not against the toughest opposition. On the other hand – those successes have shed a lot of light on a promising strike force partnership between new signing Che Adams (£15m) and old-new stalwart, Danny Ings (bought out from Liverpool for £20m). With more goals injected into the stale side, fans from St. Mary’s finally have the right to expect a solid, mid-table finish.

Another team that’s shooting for more is Tottenham. After an upsetting defeat in the UCL final, Daniel Levy has finally splashed the cash, spending £54 million on an industrious midfielder, Tanguy Ndombélé from Lyon. This was further backed by two deadline day deals: a loan of Giovanni Lo Celso and a £25m signing of Fulham’s boy wonder, Ryan Sessegnon. Since the team in white has managed to defeat Bayern, Juventus and Real Madrid in the summer, one may only conclude that Spurs are firmly nailed to the third position – with chances for something even better.

Watford are sitting pretty. The club has managed not to lose any of it’s key players while signing reputable young winger Ismaïla Sarr and two tough, seasoned veterans in Craig Dawson and Danny Welbeck. Javi Gracia experienced only two summer setbacks: a narrow defeat to traditionally strong Ajax in Austria and a muscular injury to Gerard Deulofeu. The former was understandable; the latter will be manageable and the Spaniard will return to training shortly. Realistically speaking: Hornets will, once again come eleventh.

Manuel Pellegrini must be proud of what he’s building at West Ham. His team has cleaned up a fair share of deadwood – and for a decent compensation. Frankfurt’s powerful striker, Sébastien Haller (£36m) will replace rebellious Marko Arnautović as the main goalscorer while Pablo Fornals (£25m) can work out either as a wide midfielder or as Declan Rice partner in the middle of the park. Too bad this otherwise extremely promising bunch has Man City to play against on the opening day…